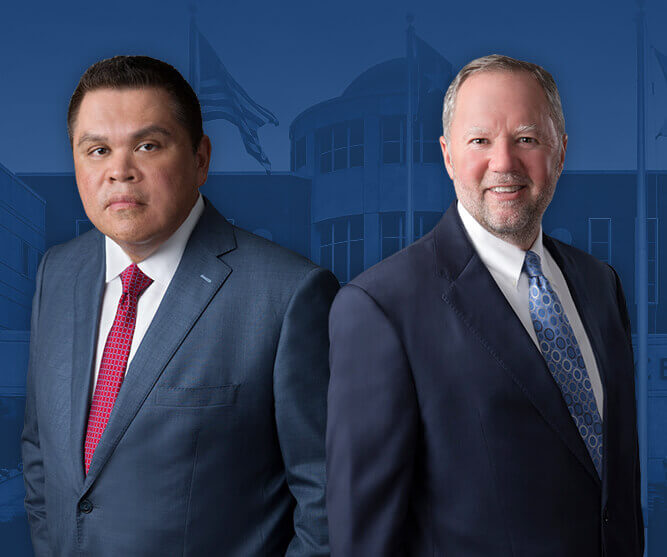 Client driving on wrong side of road and had vomited on self.  Breath test results of .214 showed Client almost three times legal limit.  Nonetheless, Client did reasonably well on sobriety tests.  At trial, Attorney Segura pointed out contradictions between officer’s testimony, police report and video.  Police officers admitted that parts of their testimony were coached by prosecutor.  State’s breath test expert admitted that she kept very few records and could not answer many questions.  Attorney Segura argued breath result contradicted by sobriety tests and that officers’ testimony was not trustworthy.  Jury returned verdict of Not Guilty.

Client was found passed out in a yard in a highly intoxicated state.  Client made statements indicating that he had operated the vehicle.  Client was taken to hospital for emergency medical care and blood test showed alcohol concentration of .259, over three times the legal limit.  Attorney Segura argued that there was no evidence to indicate that Client had driven vehicle on night of arrest or while intoxicated.  Case was dismissed when Attorney Segura announced “ready for trial.”

Client’s vehicle was involved in serious rollover accident.  Client’s friend who was with Client in vehicle was ejected and suffered severe bodily injury.  At scene of accident, Client told officers he was the driver.  Client then received call from friend stating they needed to get their stories together about who was driving. Attorney Segura retained DNA expert to retrieve blood/tissue/fluid samples from vehicle in attempt to determine who had been sitting in driver seat at time of accident.  DNA testing revealed that Client’s blood was found on passenger side and blood of unknown male was found on driver side airbag.  Two years later, state submitted defense DNA samples to their own lab which confirmed defense results, case was dismissed.

At trial officers, testified that client observed driving in reckless manner, driving in and out of its lane and almost hitting guardrail.  While in a parking lot, client hit the curb and was driving in an aimless manner.  Video showed Client perform very poorly on sobriety tests, even falling to the ground.  On cross-examination Attorney Segura was able to demonstrate multiple inconsistencies between reports, video and testimony from officers.  Client took the stand and testified that the officers were not being truthful about her driving. Attorney Segura argued that evidence did not support reasonable suspicion to make initial stop.  Judge did not believe officers’ testimony and suppressed all evidence due to unconstitutional detention and instructed a verdict of Not Guilty.

Attorney Segura obtained testimony of arresting officer at ALR hearing which he then used to obtain a dismissal.  Officer testified that Client was detained because he had been observed parked outside a former girlfriend’s house and it was reported that he had been “known to drink alcohol and was possibly intoxicated”  The officer agreed that Client’s driving was normal and legal.  Officer testified he smelled odor of alcohol but that Client’s mental and physical faculties appeared normal.  Client was detained for sobriety testing due to odor of alcohol alone.  Client refused all tests and was arrested   Segura used ALR transcript to convince prosecutors that police had no constitutional basis to detain Client and that search warrant was obtained without probable cause due to inadequate affidavit.  Prosecutor agreed and case was dismissed a few days before trial.

Client stopped for defective headlight and running a stop sign. After failing sobriety tests, Client was arrested and provided breath specimen of .134.  At trial, officer claimed that every mistake Client made was a sign of intoxication.  With respect to client’s driving, officer said Client was speeding, ran a stop sign, failed to signal and made a wide turn.  On cross-examination, Attorney Segura demonstrated that the officer had committed the same driving violations which were all captured on his gps-enabled camera system.  The officer was forced to admit that his driving “was a lot worse than” client’s driving and that on that evening Client was a safer driver.  The officer went on to agree that he had botched the entire investigation and that his detention and investigation were an illegal search and seizure.  Jury returned a verdict of Not Guilty.  At conclusion of trial, judge commented that he thought Attorney Segura could get officer to admit to Kennedy assassination.

Client arrested for 4th DWI.  Client stopped for speeding.  Although client was obviously obese, officer administered balance tests.  Following arrest, client consented to blood draw which showed alcohol concentration of .185.  During trial Attorney Segura got officer to admit that given his weight, Client performed well on sobriety tests and in fact showed no signs of intoxication.  Officer ultimately agreed that after reviewing evidence, there was no legal basis for detention and arrest.  Judge granted request for Instructed Verdict of Not Guilty.

Client collided with stationary police car and had strong odor of alcohol.  Client admitted to 4 drinks at bar and failed sobriety tests.  Blood test revealed alcohol concentration of .18.  At trial, DPS trooper agreed that prior to administering sobriety tests he observed no impairment of mental or physical faculties.  Attorney Segura convinced the judge to suppress blood test results because a proper chain of custody could not be established and argued that detention of client for purpose of conducting a DWI investigation was unconstitutional. The Court then granted defense motion for Instructed Verdict of Not Guilty.

Client stopped after leaving music festival for disregarding officer who was directing traffic.  Client failed field sobriety tests and blew a .147.  Attorney Segura retained a surveyor who confirmed that Client had not operated his vehicle in Fort Bend County, yet charges were filed in Fort Bend.  Trial commenced and a jury was selected and empaneled.  Attorney Segura then informed the prosecutor that venue was not proper in Fort Bend.  Prosecutor had no choice but to dismiss.  Since jeopardy had already attached, charges could not be re-filed in correct county.

Defendant fell asleep at a traffic light with his car in drive and his foot on the brake.  At trial, police officers disagreed whether an odor of alcohol was present.  Client was arrested after failing sobriety test and provided a specimen of breath with result of .153.  At trial, initial officer reluctantly, conceded that client’s behavior was normal for a person who had just been awakened.  In retrospect, the officer agreed that he observed nothing to indicate a loss of mental or physical faculties.  The Judge granted Segura’s motion for Instructed Verdict as there were insufficient facts to justify a DWI investigation.

Sorry. No data so far.

Call 24/7 - Free Consultation
281.570.6400
Disclaimer: The information you obtain at this site is not, nor is it intended to be, legal advice. You should consult an attorney for advice regarding your individual situation. We invite you to contact us and welcome your calls, letters and electronic mail. Contacting us does not create an attorney-client relationship. Please do not send any confidential information to us until such time as an attorney-client relationship has been established.